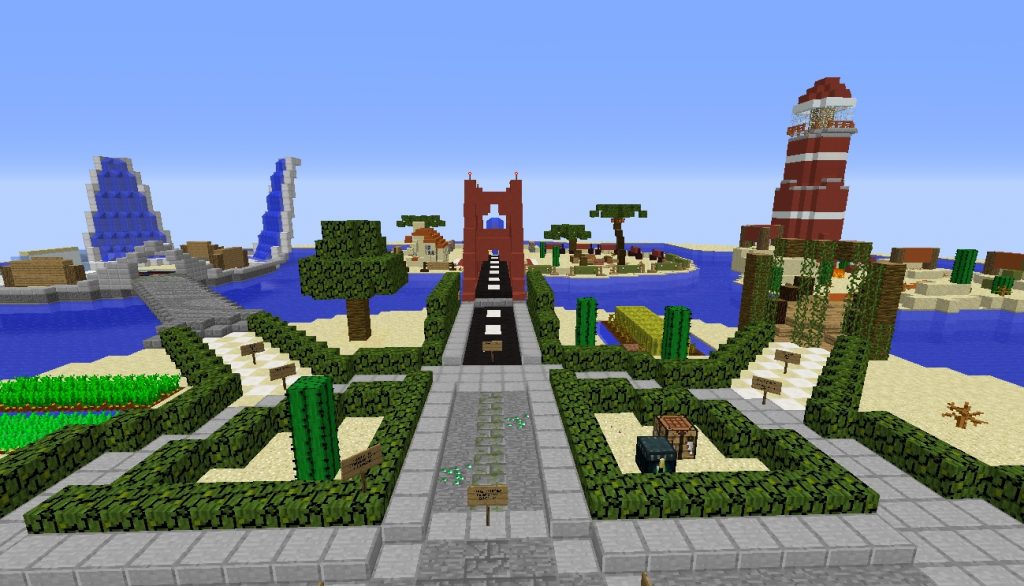 Welcome to our Famine server. Famine started out as a Hunger Games server, but it has developed into a great Mini Games server where our players can get together for some pvp fun.  We are proud to say that  the majority of the maps on this server were created by our players. We encourage player involvement on Famine, and this server is frequently being updated with new maps and even new games.

Our Hunger Games currently offers 13 unique maps to choose from. This is the classic game of last person standing. Players start with nothing and must search for chests placed throughout the map that contain needed food and loot.  After a 20 second 'peaceful' period,  pvp is enabled and it's every player for themselves.  Find loot, kill everyone else, and be the last player standing to win the Hunger Games! 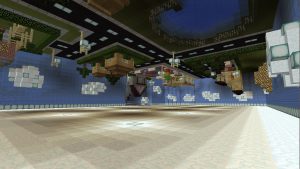 Dig the ground out from under your opponents' feet to win Spleef. Here you are given only a shovel as your means to defeat all other players. Simply shovel the ground from beneath the feet of other opponents to make them fall into the water below. Whoever remains dry, wins. There are 4 unique player made maps, some with multiple levels, some with moving blocks, to make this classic Minecraft mini-game more challenging and fun for our players. 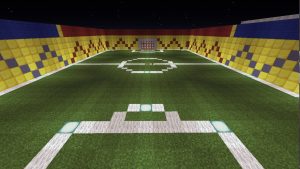 Team up with other players to "kick" the ball into your opponents goal. After 5 minutes, the team with the most goals is victorious. In the arena, players gather around the center where a ball drops. Players need to "kick" (punch) the ball towards the opposing team's goal. Once a goal is made, the ball resets in the middle, and a new round starts. This game requires speed and coordination to be the best. Can your team win? 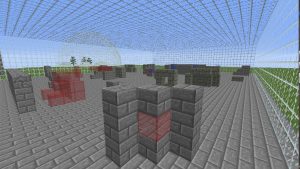 Players are once again divided up into 2 teams to play this pvp mini-game. On each of our 4 unique maps, players start on opposite sides with 2 stacks of 'paintballs' (snow balls) to throw at the other team's players.  When a player dies, they are respawned at their team's base with 2 stacks of paintballs, ready to get back into the fight. The team with the most kills at the end of the 5 minute match, wins the game. 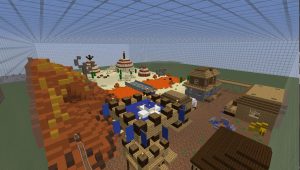 This mini-game requires the most coordination and cooperation of all our mini-games. Players are divided into 2 teams and each team has a base and a 'flag' to protect. Players are given an arsenal of weapons, gear and potions to start. You must seek out the other team's 'flag', capture it (by  simply walking over it. No grabbing required), take it back to your base, and walk over your team's flag to gain a point. The team with the most points after 5 minutes wins the game. The 'flag' is actually a piece of wool in your team's color (red or blue) and it is usually situated in the highest tower on your team's side of the map.  If a player is killed while transporting a flag, that flag is teleported back to it's home base and it must be 'captured' once again.  When you are attempting to gain a point, your flag must be in it's home base. If another player has your flag, no point will be gained until your flag is home. The only way to get a flag back to it's home base once it has been captured is by the death of the person who has the flag. If a point is made, flags reset in their home base. Last, but not least, each of our 4 player  made maps have multiple routes to the other team's side. Some are hidden and some require parkour. Are you up to the challenge? 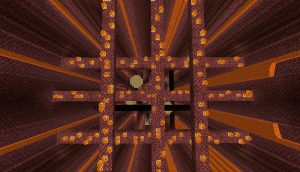 Fallz is currently our only solo player game on the Famine server. You are placed high in the air and then you are dropped through a maze of obstacles. You must avoid all the obstacles to fall safely into water below to win this game. If you hit one of the obstacles before hitting the water below,  your turn is over and you've lost the game. There are several levels and several unique maps in Fallz. However, since the author of this webpage has never made it past the second level, I can't tell you exactly how many.  Try Fallz, get farther than I have, and let me know what happens so I can update this page! 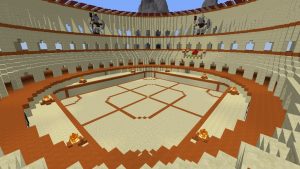 Battle it out gladiator style in one of our 3 Arena maps. Our Arena is pure pvp, no accessories or side challenges. When you win a Hunger Games match, you win money to purchase items from the ship shop at Famine's spawn. Take your items and challenge friends one on one or in groups to a Battle Royale in our Arenas. Who is the greatest fighter of them all? Who will be victorious?!